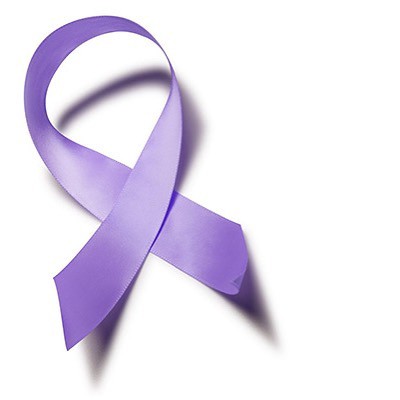 This September is Gynaecological Cancer Awareness Month. Every year in the UK over 21,000 women (over 18,000 in England) are diagnosed with one of the six gynaecological cancers – ovarian, cervical, uterine, vaginal, vulval and placental. This awareness month aims to educate people about these cancers, raise awareness of the symptoms and provide continued support for those affected.

To mark this awareness month and play our part in raising awareness of gynaecological cancers, we are releasing our next cancer data story.  Our cancer data stories highlight the importance of patient data in helping researchers, clinicians, and charities better understand cancer and therefore improve  care for those affected by cancer. This story showcases how one charity have used patient data collected by the National Cancer Registration and Analysis Service (NCRAS) to raise awareness that ovarian cancer is often diagnosed late.

In 2018, Target Ovarian Cancer used anonymous data analysed and released by NCRAS to produce an article and cancer data briefing.  In the data they saw that for some ovarian cancer patients the disease is detected when it is at a late stage. A lack of awareness of symptoms and delays in diagnostic tests may mean that some women are too unwell to start treatment by the time they are diagnosed.

27% of women diagnosed with ovarian cancer are picked up as an emergency.  This can mean that the disease is quite advanced and there are not as many treatments available to these women. In the data, the charity also saw that 20% of women diagnosed with ovarian cancer did not receive the main treatments of chemotherapy, radiotherapy or surgery. There may be other reasons for this, but Target Ovarian Cancer suggest it could be because many women are too unwell to start treatment because they have been diagnosed too late.  Encouragingly, more women (58%) are diagnosed after being referred from their GP rather than as an emergency, compared to 47% over ten years ago. But there is still a lot more work to be done.

Target Ovarian Cancer used anonymous patient data released from NCRAS as part of the Get Data Out Programme, which aims to make data about rare and less common cancers more widely available to the public. The Get Data Out Programme releases statistics on incidence, survival, treatments and routes to diagnosis about small groups of cancer patients. The programme has also released data on brain, pancreatic, prostate and testicular cancers.

Understanding more about cancer by using patient data helps charities, and the NHS, to know where to improve care and support for gynaecological cancer patients. Without patient data it would not be possible to know how women are diagnosed, what treatment they are receiving, and if things are getting better.

“Timely, accurate data is vital in the fight against ovarian cancer – it enables us to track progress and identify where more needs to be done in the diagnosis and treatment of the disease. NCRAS have been hugely supportive of Target Ovarian Cancer’s work and it has been fantastic to work with them on projects such as Get Data Out; working together to ensure that as much data on ovarian cancer as possible is in the public domain.”

This is not the first-time patient data from NCRAS has been used to investigate ovarian cancer. In 2012, our analysts looked at patient data to see how ovarian cancer affected women of different ages, locations, and economic status.   While more women are surviving with ovarian cancer for longer compared to previous years, survival is worse for older women. In 2012, we found that one-year survival for 15 – 39 year olds stood at 96% compared to 24% for patients aged 85 and above. This might have been because older women are diagnosed with more advanced ovarian cancer.

Target Ovarian Cancer and NCRAS continue to work together and have joined forces with Ovarian Cancer Action and the British Gynaecological Cancer society (BGCS) to fund a feasibility pilot for a national ovarian cancer audit. The audit will use existing data from NCRAS to evaluate the quality of care for women affected by ovarian cancer across England and identify problems linked to late diagnosis.

By using the patient data held securely in NCRAS, we continue to learn more about those diagnosed with gynaecological cancers.  This knowledge helps the NHS and cancer charities improve care for those in need and improve survival for women affected by ovarian cancer in the future.

Cancer statistics from the Get Data Out Programme in NCRAS