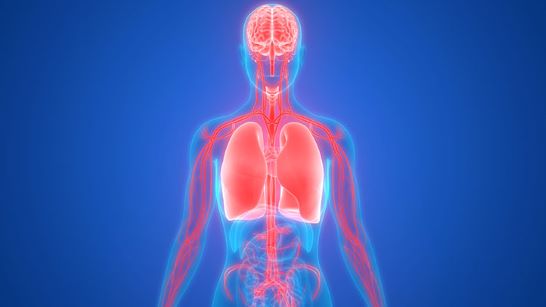 In England, over 38,900 people are diagnosed with lung cancer each year while over 9,000 are diagnosed with a brain, meningeal or central nervous system tumour every year. Our stories provide examples of how patient data is making an impact to improve treatment and care for people affected these diseases.

Read on to find out more.

Our first story describes how patient data, stored securely by the National Cancer Registration and Analysis Service, was used to compare two lung cancer treatments. Researchers in NCRAS used patient data to compare stereotactic ablative radiotherapy (SABR), a new treatment introduced in 2013, with fractionated radical radiotherapy for people with stage 1 non-small cell lung cancer (NSCLC). This was the first time that patient data from NCRAS has been used to analyse the use of radiotherapy across England since SABR was introduced.

What the researchers found

The analysed data showed that the risk of death was lower for those who received SABR and the average survival for patients was also longer.  This suggests that treating stage 1 NSCLC patients with SABR reduces the risk of death compared to fractionated radiotherapy and should be offered to all patients.

The study also looked at how long it would take for patients to reach their nearest radiotherapy centre to receive SABR. Over 40% of the patients who received fractionated radiotherapy or no treatment at all would have needed to travel for longer than 45 minutes. Some patients are treated with radiotherapy instead of surgery because they are older, frailer or have other medical conditions. As well as improving survival, SABR involves fewer hospital visits by delivering more accurate, larger doses of radiotherapy which makes it a more suitable treatment option. But many of these patients may not want or be able to travel long distances to receive it. Improving patient access to SABR could help save lives.

While SABR treatment in England is increasing, it still falls behind that of other countries like the USA and the Netherlands. But SABR use increased from 64% to 73% from 2015 to 2016 which is encouraging.

What the researchers say

“Our study using real-world patient data was concordant with randomised published data showing improved survival for SABR over fractionated radical radiotherapy. It is the linkage of the national radiotherapy dataset with all the other NCRAS patient datasets which enabled us to report the variation in delivery of SABR compared to other radical radiotherapy fractionations for treating stage I lung NSCLC across England, and highlight that one-quarter of these patients with a potentially curable early lung cancer had no record of receiving any form of treatment at all.”

Without patient data, it would not have been possible to compare and understand the most effective treatment for patients with stage 1 NSCLC. This research is vital in helping the NHS to improve cancer treatment and care and improve the survival rates for those battling one of the UK’s most common cancers.

The second data story this month describes how patient data is being used by one charity to change the perception of benign or non-malignant brain tumours and campaign for more support for people affected by them.

Non-malignant brain tumours (NMBTs) are often medically referred to as ‘benign’ or ‘low grade’ because they contain cells that are not cancerous. But these tumours can cause serious problems for the people affected by them; they can be life-changing and do bring with them a high symptom burden for many people.

brainstrust explored publicly available data released by NCRAS to understand more about these brain tumours in England.  In the data, they saw that 10% of people diagnosed with a non-malignant brain tumour die within the first year after being diagnosed. Annually, over 500 people die within the first year of their diagnosis from these ‘benign’ tumours.

The charity published a report – The Story Behind the Data – detailing the evidence it found in the NCRAS data showing that these NMBTs are not as harmless as they might appear.  brainstrust wants to change the perception that these tumours are ‘benign’ or harmless because the data shows that they can be terminal and have a high burden on the life of people affected by them.

brainstrust believes there is a perception that clinicians are often dismissive of patients diagnosed with benign or non-malignant brain tumours because they don’t cause as much harm as malignant tumours.  The report appeals to the clinical and research community, and the wider public, to stop using the word benign to describe these tumours, but instead describe them as ‘non-malignant’. People living with an NMBT can have many disabling complications and live with the knowledge that they will most certainly lose cognitive function. To call these tumours benign can give a false sense of security and mislead the patient and their family.

People affected by non-malignant brain tumours are also not offered the same support as people affected by other brain tumours.  Individuals with an NMBT cannot be supported by a Macmillan funded occupational therapist and are not able to book a funded appointment with a financial advisor. brainstrust believes this a community of patients that could get back into work and into society with the right support. It advocates for more support for these individuals in their report.

What the charity says

Dr Helen Bulbeck, founder and Director of Services and Policy at brainstrust says:

‘People diagnosed with non-malignant brain tumours often feel they are wasting their doctors’ time for being worried or concerned about their diagnosis because there is a perception that these tumours are harmless. But with this data from NCRAS, we can now see that these individuals are justified in feeling this way and are right to engage in our support services as a charity. We have the data now to show how difficult things are for this group of people we want to shift the discourse away from using the word benign to describe these serious tumours’.

By using patient data held securely in NCRAS, charities, researchers, and the public can continue to identify areas where cancer care can be improved and to campaign for change. Patient data helps saves lives.

The story behind the data – A report by Brainstrust

Detailed cancer statistics from the Get Data Out programme in NCRAS